You can create custom scripts for diagnostics, additional network/device scans, to identify specific services, or any specific network reconnaissance. The Scripts section is a built-in programming editor you can use to create or paste any non-interactive Bash, Ruby, or Python script that you can run on your sensor as a custom task.

Pulse does not support the creation of interactive scripts. 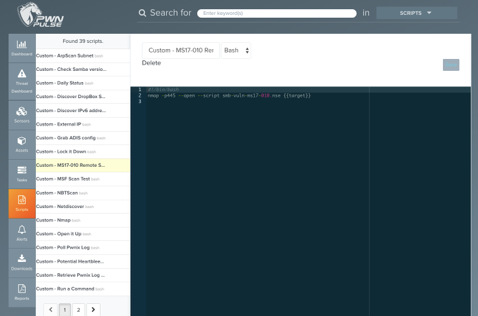 You use Tasks to run scripts. The new script is available in the Tasks drop-down list when creating a new task. 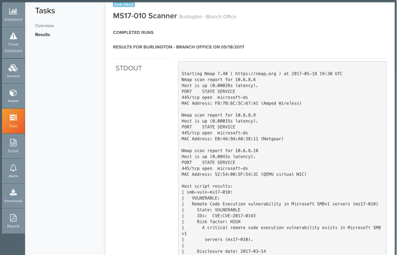 The task will run the script with the permissions of the Root user on the sensor. Any results written to STDOUT or STDERR are recorded and returned to Pulse as results.

Script output is located in the Task section of Pulse. On the Tasks tab, click Results for the custom task that ran the script.

Outpost24® and OUTSCAN™ are trademarks of Outpost24® in Sweden and other countries.